His father, Abdul, a computer engineer for Microsoft, had just deboarded a flight in Kabul when Taliban soldiers stopped the bus he was on. Abdul had fled to Germany five years earlier to escape the regime’s violent reign. The soldiers emptied 30 bullets into his body.

Dinar’s mother feared for his life, so she gave him a handful of money and told him to flee Afghanistan. Dinar boarded a bus and headed to Pakistan. On his way out of Afghanistan, Dinar saw the real atrocities committed by the Taliban.

“That day I left, on my way to Pakistan, I still remember the bloodied bodies,” said Dinar. “I remember seeing men, women, and children strewn alongside the roads throughout Afghanistan. I was very confused.”

He fled to a large Afghan refugee camp in Karachi, Pakistan. Dinar, a native speaker of Dari and Pashto, began to look for work within the camp. While attending high school in Kabul, he had become fluent in English. He decided he wanted to teach language skills to other Afghans.

“Many of the people who attended my classes had very little formal education,” said Dinar. “Most barely knew how to read or write Pashto or Dari, and very few knew any English at all. At the end of my classes, I had many students who were competent in all three languages.”

In 2007, Al-Qaeda assassinated Prime Minister Benazir Bhutto and the stability in Pakistan began to deteriorate. Sectarian clashes became widespread throughout the country and many areas became too dangerous to live in.

In 2009, Dinar returned to Kabul to escape Pakistan. He couldn’t believe what he saw. When he left, most of the infrastructure in Kabul was underdeveloped and many of its people had been thrust into destitute under the repressive rule of the Taliban. But now, the entire city looked different.

“I saw many new buildings, many new cars, and people walking freely in the streets,” said Dinar. “I thought to myself, this couldn’t be the same place. This couldn’t be Kabul. When I saw these things, I knew the time of the Taliban was over.”

Dinar saw the impact the coalition troops had on Afghanistan and decided he wanted to be a linguist for them. He submitted his package, took the linguistics test, and was assigned to Helmand Province.

In 2010, Dinar was assigned to 2nd Battalion, 2nd Marines as part of an Afghan National Army Kandak advisor team. The unit trained for one month in Kabul before traveling to Helmand Province. Dinar and the Marines came under heavy attack during their movement, including six improvised explosive devices (IEDs) and 17 ambushes. The Marines and ANA pushed through the obstacles and located the Kandak within Marjah.

Dinar has served alongside Marines in Helmand ever since. He has risked life and limb to see the Marine Corps succeed. In 2011, he was inside a Mine-Resistant Ambush Protected vehicle when it struck a 200-pound IED. No one inside the vehicle was killed, however, Dinar sustained many injuries including a broken jaw and cracked teeth.

Dinar currently works with the ANA’s 1st Brigade, 215 Corps as a member of the coalition advisor team. He serves as the lead translator for the commanding officer. Working with the ANA, Dinar has seen the transition in Afghanistan and he says he is optimistic in the future of the country.

“I was a kid born into war; with the Russian invasion and the Taliban regime,” said Dinar. “But I have seen great change. Kids finally have a future in this country. The majority of people have gained a reason for a normal life.”

Dinar says personally he hopes to one day get a visa and travel to the U.S. He wants to attend college and study education, so one day he can return to Afghanistan to become the one thing that has already defined his life— a teacher.

“Education is the only power you can fight with,” said Dinar. 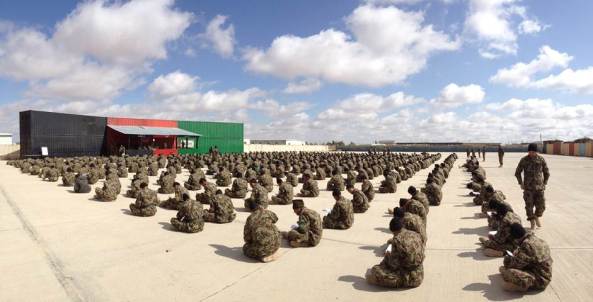