3rd Kandak Afghan Border Police Zone 3 and Afghan Customs Police discovered the cache of 342 bags in a truck while conducting a dismounted patrol. No friendly force or civilian casualties or damage were reported during the seizure.

Ammonium chloride is commonly used as a precursor to produce illegal drugs, which are often sold to fund insurgent activities. The seizure exemplifies the increasing professional capability of Afghan forces in stopping potential insurgent activity and to provide security throughout Afghanistan.

voice of After the War -: voice of Afghanistan Youth weekly international News 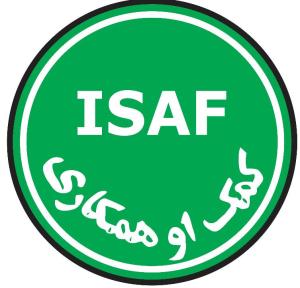 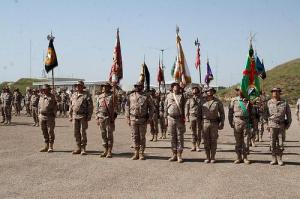 The ceremony was chaired by the chief of Spanish forces in Qala i Naw, Colonel Demetrio Muñoz Garcia.

The military parade began with the hoisting of the Spanish flag while the play of the national hymn and the reciting of the “Spanish Legion spirits”. Then it took place the reading of the medal formula and the imposition of the medals. The Colonel delivered an emotional speech, mentioning the well done work and encouraged all present there to continue this line of fine effort to the end.

BAGRAM, Afghanistan (May 8, 2012) –Afghan and coalition forces killed 25 insurgents and wounded one during operations in eastern Afghanistan throughout the past 24 hours, May 7.       Nangarhar Province   Afghan National Security Forces killed four insurgent … Continue reading →

KABUL, Afghanistan (May 8) – An Afghan-led and coalition supported security force detained a senior Taliban leader during an operation in Almar district, Faryab province, today.   The leader organized roadside bombings, suicide attacks and other operations against Afghan and coalition … Continue reading → 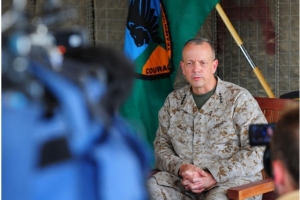 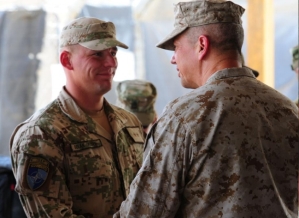 Though the words of  Mast Sergeant Lujan, who has been continuously “shona by shona” together with all the Officers, since last august, he felt that his time at the OCC-P was a rewarding experience to be able to come in and not only coach and mentor but to befriend and learn from the Afghan National Security Forces (ANSF). “I can say I worked with people very interested in. – continued MS Lujan – I have found over the time that the OCCP personnel was very receptive of the training that was given. Their willingness to learn has increased their ability as a functional coordination centre”.

The OCC Deputy Commander, LTC Ghoolam Farooq (ANP) addressed many thanks to the SFA 14 Team and gave a warm welcome to the new comers. He also reported that new Farah Governor, Khpalwak Mohammad Akram, visiting recently the Centre, had expressed his satisfaction for the organization set up and for the important duty of ISAF guys.

According to the SFA (Security Force Assistance) concept, the OCC-P functions as a provintial joint information coordination centre and activities will be directed toward the coordination of security operations. The agenda is full of coordinating meetings and effective activities. Since now the disposal of UXOs and IED making material get at same table ANSF and ISAF EOD team in order to coordinate exploitation, transfer and disposal of stuff gathered at Department of Illegal Armed Groups (DIAG).

Task Force South Commander, who has tactical control (TACON) on the AT (Advisor Team), Cavalry OF5 Francesco D’Ianni, has previously emphasized mainly the importance of AT role to coordinate access to coalition capabilities such as joint fires, intelligence and medical evacuation – at the same time he asked to work with “buon senso” (common sense).

From Herat side, OF5 Antonio Coppola, Ita Army – Bersaglieri Troops, who has a primary role to fit in and transform former OMLT contingent into MATs and OCCATs, is sure Farah AT has all competences to perform a very proactive duty and whishes good work and luck to the seven advisor guys.

Senior AT, Giovanni De Maio, to thank for encouragement words, underlines to be very glad to have the opportunity to work with afghan people again and on the base of already showed trusted relationship, he is confident to manage the team on a very demanding job in full transition phase.